By and large, it is in the area of Gospels studies where the acids of scepticism and hostility to historic Christian theology have been most destructive, so the emphasis will be on the issues surrounding Gospels criticism, with a brief note on Paul at the end.

One of the most obvious products of post-enlightenment Gospel criticism has been scepticism of the Gospel accounts of the miracles. This began in the early part of the nineteenth century, when rationalists such as Paulus attempted to come up with alternative explanations for the events in the Gospels, such as Jesus walking on water by stepping on submerged logs just below the surface, feeding the five thousand from the mouth of a cave as his associates passed him bread and fish which was stashed away there.[1] This kind of approach was demolished by D.F. Strauss, although he put in its place a much more radically, mythical approach to the Gospels.[2] The miracles were predominantly understood in terms of their OT background and their position in early Jewish-Christian controversy. For example, the feeding of the five thousand is a variation on the theme of the Israelites being fed with manna in the wilderness, and the transfiguration is an attempt by early Christians to show their Jewish contemporaries that Jesus was better than Moses.[3]

This attitude to miracles has actually somewhat receded in more recent research, a move which can in part be attributed to the growing influence of evangelical scholarship in the past two generations. An essay on the miracles and the presuppositions underlying some scholarship's scepticism about them can be found by G.R. Habermas ('Did Jesus Perform Miracles') in M.J.Wilkins, J.P. Moreland, Jesus Under Fire (Grand Rapids, MI: Zondervan, 1995), 117-140. In the same volume, there is an essay on the resurrection of Jesus by philosopher William Lane Craig, and I make some observations on non-physical approaches to the resurrection of Jesus in my 'Redaction Criticism, Tradition-History and Myth in NT Theology: In Response to Georg Strecker', Themelios (2003).[4] One of the key issues to note here is that if a gnostic, non-physical approach to Jesus' resurrection is taken, and Jesus' earthly physical body is not raised, then the world is not really redeemed: there is no continuity between the old order and the new order at all. This runs very much counter to Rom 8.18-27, where we and the cosmos are redeemed, not simply destroyed.

The Incarnation and the Reliability of the Jesus Tradition

One of the most significant miracles that is attacked is of course the incarnation. A number of New Testament scholars, such as J.D.G. Dunn and P.M. Casey, have argued that the incarnation is only a late addition to New Testament theology, around the end of the first century, and only really in evidence in the Gospel of John. However, it is notable that the "pre-existence" of Christ is prominent in Paul, whose letters are the earliest documents in the New Testament. 1 Cor 8.6, Phil 2.6-8, 2 Cor 8.9 and Col 1.15-20 all point fairly clearly in that direction. There are also indications in the teachings of Jesus that he came from heaven: in addition to the numerous statements in John's Gospel, there is Mark 1.38, 2.17; and particularly Mark 10.45, Luke 19.10; perhaps most especially, Luke 12.49-51. Jesus expresses his longing throughout the history of Israel for their repentance in Matt 23.37-39, and his divine self-consciousness in Matt 11.25-27//Luke 10.21-22. When scholars cast doubt on these sayings by claiming that they are inauthentic and do not go back to the historical Jesus, it is usually simply as a result of an assumption that Jesus 'could not' have said such things. But there is no reason at all why he could not have. Ben Witherington's Jesus the Sage and The Christology of Jesus are useful in this area. On issues of historicity and authenticity in general, the commentaries on the Synoptic Gospels by D.A. Carson (Matthew), C.Blomberg (Matthew), C.E.B. Cranfield (Mark), R.T. France (Mark), I.H. Marshall (Luke), and D. Bock(Luke) are particularly useful.

On the issue of how the teaching of Jesus was preserved, there are two helpful approaches. Some scholars, such as B. Gerhardsson, focus on the reliability of oral transmission in Judaism and early Christianity,[5] whereas others, such as P.M.Casey's books, The Aramaic Sources of Mark and An Aramaic Approach to Q, note how Jesus' teaching would have been almost immediately written down on tablets. On the different kinds of criticism that have been used in Gospels scholarship, D.L. Bock's Studying the Historical Jesus (Grand Rapids/Leicester: Baker Academic/Apollos, 2002) has a useful survey in the last section of the book.

When it comes to John's Gospel, the issues are very different again. Nowadays it is extremely rare to find scholars attributing a considerable amount of historical material to John, though D.A. Carson's The Gospel according to John and C. Blomberg's The Historical Reliability of John's Gospel are notable exceptions. This is in contrast to previous generations of scholarship, however: C.H. Dodd's Historical Tradition in the Fourth Gospel saw a lot of historical material in John, and O. Cullmann's The Johannine Circle argues that John preserved a certain special kind of material which was not preserved by the Synoptic Gospel writers, just as the Markan tradition preserved a different kind of material from what is normally attributed to "Q" (whether or not Q really existed). It is striking how different John is from the Synoptics, but this should not lead us to doubt the historical reliability of John. There are in fact a number of parallels to Johannine thought in Matthew, Mark and Luke. (Matthew 11.25-27 and 23.37-39 being two of the most striking.) Also on the Gospels in general, students should consult C. Blomberg, Jesus and the Gospels (an introduction to the Gospels); R. Bauckham, ed. The Gospels for all Christians (an attack on the hypothesis that the Gospels were written within and for the Matthean community, the Johannine community, and so on.)

The principal issues concerning Paul recently have focused on two issues. The first is the fact that Paul's doctrine of justification has been a considerable battleground. Here, E.P. Sanders and J.D.G. Dunn in particular have offered a so-called 'new perspective' on Paul, where Paul's doctrine of justification is not so much about the way in which someone gets right with God, but rather about the inclusion of the gentiles into the people of God. There have, however, been numerous criticisms of this approach, such as M.A. Seifrid's books, Justification by Faith and Christ, our Righteousness, as well as the commentaries on Romans by T.R. Schreiner and D.J. Moo. For an excellent short treatment, see P. Stuhlmacher, Revisiting Paul's Doctrine of Justification, and for more detail, S.J. Gathercole, Where is Boasting? Early Jewish Soteriology and Paul's Response in Romans 1-5.

The Coherence of Paul's Letters

The second issue is the coherence of Paul's thought. This was challenged principally in the 1980s by E.P. Sanders and H. Räisänen, but more recently a number have opposed the views that Paul's thinking is either inconsistent or that we can see considerable development in Paul's thought. On the former, Räisänen in particular is criticised in T. Van Spanje's Inconsistency in Paul? and on the latter, M. Hengel and A.M. Schwemer's Paul Between Damascus and Antioch shows that the fundamental aspects of Paul's christology and doctrine of justification were already in place before the composition of 1 Thessalonians, his first extant letter. On Paul's christology, see further, N.T. Wright, What St Paul Really Said, chapter 4, pp. 63-75.

[3] For a useful survey of some of this older 19th century literature on Jesus (the "first quest" and on the various quests in general, see J. Carleton Pagets 'The Quests for the Historical Jesus' in Markus Bockmuehl, ed. The Cambridge Companion to Jesus (Cambridge University Press). 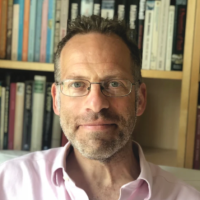 View all resources by Simon Gathercole