Perspectives on Paul, Justification, and the Law: an annotated bibliography

Introduction to Perspectives on Paul

Paul’s doctrine of justification has been the subject of vigorous debate over the past few decades. Several key elements of the contemporary debate can be found in earlier scholarship (e.g., William Wrede, Albert Schweitzer, Krister Stendahl) but the discussion was properly kicked off in 1977 by the publication of E. P. Sander’s Paul and Palestinian Judaism. Sanders contends that Protestant exegesis in the past often mischaracterised Second Temple Judaism as a religion of works and juxtaposed it with Paul’s emphasis on grace. Salvation in Second Temple Judaism, argues Sanders, was fundamentally based on God’s gracious gift of the covenant. Members of the covenant people of God maintained their status through obedience. But even when they sinned, they could still access God’s forgiveness through the sacrifices. Sanders called this arrangement where one gets in by grace and stays in by obedience a ‘covenant nomism’. Paul’s problem with a Judaism contemporary to him was not that it was too legalistic, but — as Sanders famously put it — that ‘it is not Christianity.’[1]

Sanders’ book persuaded many that Second Temple Judaism was fundamentally a religion of grace. It failed, however, to provide an equally compelling answer why Paul so vehemently opposed those who taught the formerly Gentile Christ-followers that they ought to get circumcised and keep Jewish religious laws. A few scholars thought that a more robust answer is called for. The so-called ‘new perspective’ was launched by J. D. G. Dunn’s 1982 Manson Memorial Lecture, although Dunn himself attributes the coining of the term ‘new perspective’ to N. T. Wright’s 1978 Tyndale Lecture.[2] It is better to think of the new perspective as an academic movement rather than a unified view. Its proponents certainly differ on details, but they usually share several key insights: (1) Sanders was right in his assessment of Second Temple Judaism as a religion of grace. (2) Paul’s polemic against other Jewish Christ-followers cannot be, therefore, about work-righteousness. Protestant exegesis since Luther too readily projects Luther’s debate with medieval Catholicism on Paul’s disagreements with other Jewish Christ-followers. (3) Paul’s contention with other Jews and Jewish Christ-followers should be rather explained in terms of national exclusivism. Paul insists that Gentiles do not need to adopt a Jewish lifestyle to become the followers of Christ. (4) When Paul says that one cannot be justified by the ‘works of the law’, he refers primarily to works that were boundary-markers of the Jewish community (circumcision, kosher diet, keeping the sabbath).

Along these main points, there are also some related issues. One such question is how to understand justification and its importance for Paul. In traditional Lutheran exegesis the doctrine of justification is a very important piece of Paul’s theology. Passages like Rom 3:21–31 and Gal 2:16 are understood as speaking about God’s forensic pronouncement of acquittal over individual believers. New perspective writers, however, tend to see Paul’s doctrine of justification as a more situation-specific and intertwined in his polemics about the inclusion of Gentile Christ-followers. Another major discussion is whether the expression πίστις Χριστοῦ (Rom 3:22; Gal 2:16; 3:22, 26; Phil 3:9) should be translated as ‘faith in Christ’ (a response of faith by which a sinner is justified) or, as it is argued by Richard B. Hays, N. T. Wright, and many others, as ‘faithfulness of Christ’ (Christ’s atoning work on behalf of his people).

Although the new perspective has gained wide recognition in English-speaking scholarship, there have also been many critical voices: (1) Many critics contend that Sanders’ portrayal of Second Temple Judaism as a religion of grace is too simplistic. Simeon J. Gathercole takes up the subject of Jewish boasting (Rom 2:17, 23, 3:27), and argues that many Jewish texts contemporary to Paul expect the final vindication of Jews before God based on their obedience. Other writers also often point out that Second Temple Judaism includes a strand which emphasises the gracious election of Israel but also texts that stress the necessity of obedience for final salvation. For the comprehensive exploration of this line of criticism, see Carson et al. Justification and Variegated Nomism. (2) Many critics find restriction of the scope of the ‘works of the law’ to boundary markers less than persuasive. See, e.g.: Gathercole’s essay in the second volume of Justification and Variegated Nomism. (3) Critics of the new perspective frequently point to several texts which seem difficult to reconcile with this approach (Rom 3:20, 28; 4:4–6; Gal 2:16; 3:10–14). (4) Some critics of the new perspective also argue that its proponents have often mischaracterised the position of the Reformers. On this, see especially Stephen J. Chester.

Four decades of discussion on the new perspective have somewhat softened the rough edges of both positions. A growing number of scholars finds themselves somewhere between the old and new perspective. Perhaps the most influential book along these lines is Barclay’s Paul and the Gift. Barclay’s central contention is that a description of Second Temple Judaism as a ‘religion of grace’ is too simplistic. Grace is present everywhere in Second Temple Judaism, but grace is not everywhere understood in the same way. Thus, it is possible to agree with Sanders that both Paul and his opponents believe in grace, and still contend that Paul charges them with a misunderstanding the incongruity of grace.

Another important trend in current scholarship is the so-called ‘Paul within Judaism’ school. Much like the older new perspective it is not a unified position but an academic conversation within which participants share similar research orientation but differ on details. Scholars writing from this perspective (e.g., Mark Nanos, Paula Fredriksen, Magnus Zetterholm, John Gager) emphasise that Paul saw his apostolic work as remaining within the bounds of his ancestral religion. They agree with the ‘new perspective’ that Jewish legalism is not the aim of Paul’s polemics. They disagree, however, that Paul is contending with Jewish national exclusivism.

Some Thoughts on Approaching this Subject

So, how should evangelical students approach this confusing maze of options? First, I think, it is important (as always) to read widely, charitably, and ignore excessive heat that often surrounds such debates. Second, we should strive to maintain a balanced picture of Second Temple Judaism. There is hardly anyone in Pauline scholarship who remains entirely unaffected by Sanders’ reassessment of Judaism (and rightly so). But the work of Gathercole and Barclay (among others) shows that one need not caricature Second Temple Judaism as a religion of works to see how Paul could still take an issue with how some Jews understood the relationship between grace and works. Third, adopting the old perspective does not preclude learning from the new (or vice versa). It is worth paying attention to the projects which attempt to bring together best insights from both perspectives. Fourth, it is good to avoid false dichotomies: e.g., justification can have both a forensic and relational dimension. And fifth, notwithstanding many important nuances, I believe that the basic contours of justification as God’s gracious gift received by faith clearly emerge from Paul’s writings as it is recognised by many contemporary expositors of Paul.

Barclay’s work on Paul is a good example of scholarship which moves the discussion beyond the old vs new perspective clinch. This book presents the content of Paul and the Gift in a shorter and more accessible form.

Stuhlmacher provides an excellent short response to the new perspective from a more traditional Lutheran perspective. Due to its brevity and lucidity this book is a great starting point for approaching the questions relating to justification in Paul.

In this short and accessible volume, Wright introduces his thoughts on several key themes in Pauline interpretation. It is a good entry into the new perspective written by one of the chief advocates of this movement.

Gathercole’s essay in the new handbook of the Pauline Studies discusses major issues pertaining to justification in the apostle’s writings (individual vs corporate justification, works of the law, faith of/in Christ). It is a helpful overview and assessment of the major issues.

This volume contains essays from five different perspectives on Paul: Roman Catholic (Brant Pitre), Traditional Protestant (A. Andrew Das), New Perspective (James D. G. Dunn), Paul within Judaism (Magnus Zetterholm), and Gift Perspective (John M. G. Barclay). It is a good a good resource to get familiar with all the major views and their principal arguments.

Martin’s book adapts his doctoral research for wider readership. Much of the discussion between old and new perspectives focused on how Jewish Christ-followers understood the relationship between justification and obedience to the law. Martin argues, however, that perhaps at the root of controversy in Galatia was pagan background of Paul’s converts which prompted them to legalism.

Paul and the Gift is one of the most influential recent books on the New Testament. He nuances the discussion on grace in Second Temple Judaism by showing that while grace is present everywhere, it is not always understood in the same way. Thus, Paul and other Jewish writers can both see God’s salvation as gracious and yet disagree about how exactly it is gracious. Barclay’s work moves the discussion beyond simple old-new perspective binary, showing that both are right about some things.

Two volumes consisting of essays written by critics of the new perspective on Paul. First of the two volumes evaluates Sanders’ assessment of Second Temple Judaism, the second volume focuses on the interpretation of Paul.

Chester’s book responds to mischaracterisations and dismissals of the Reformers which often feature in new perspective discussions. He shows that close reading of how Reformers interpreted Paul still pays off for modern interpreters of Paul.

Dunn launched the new perspective and was one of its chief advocates. His views are further explained in his commentaries on Romans and Galatians, as well as his Theology of Paul the Apostle. But this volume collects his major essays on the subject.

Gathercole takes an issue with too simplistic description of Second Temple Judaism as a religion of grace. He shows how especially the texts on the final judgment often show a soteriology based on works.

Novensons’ essay reflects on the Paul within Judaism school and its future. Along with Zetterholm’s essay in Perspectives on Paul, it is a helpful introduction to this approach.

Westerholm’s book consists of an extensive overview of the history of interpretation of Paul followed by his own discussion of the main issues dividing old and new perspective. He defends the traditional reading of Paul albeit incorporating some insights from the new perspective.

Wright, next to Dunn, is one of the chief proponents of the new perspective. This volume collects his writings on Paul from different periods of his life. Along with his massive Paul and the Faithfulness of God, this is a good place to learn his views on the apostle. 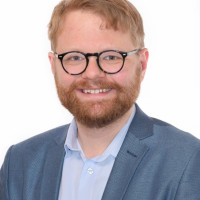 View all resources by Filip Sylwestrowicz