In recent years there has been an increase in scholarly literature coming to rather negative conclusions about the OT and whether we can use the Bible as a source for history before the Babylonian exile in 586 BC.[1]

At the same time, there have been some quite significant archaeological discoveries supporting the biblical narrative in the centuries immediately preceding the exile. Of particular interest are personal seals with the names of biblical figures on them, and the even more numerous impressions (bullae) made by seals. These confirm the existence, activity, and approximate date of these figures. The seals and bullae are often not found in official archaeological excavations but turn up among (sometimes shady) dealers in antiquities who have obtained them from illegal plundering of sites by locals in Israel. Despite these origins, careful analysis of handwriting, chemical composition, and design, confirms the authenticity of a large number. Biblical figures whose seals or bullae have been found include Kings Ahaz, Hezekiah, and Manasseh--the three successive kings of Judah who reigned ca. 732-642 BC. Other official figures include Azariah son of Hilkiah (1 Chronicles 6:13-14, Ezra 7:1), Gemariah son of Shaphan (Jeremiah 36:11), Jerahmeel the king's son (Jeremiah 36:26), and most notably Berechiah (Baruch) the son of Neriah the scribe, who wrote on behalf of Jeremiah.[2]

The historical support for the biblical narrative prior to this stage is not always so clear, and is often dependent upon the model of history taken and the dates to which individuals and events are assigned. There is debate about the chronological setting of every figure from King Solomon (ca.970-930 BC) backward. These debates can be seen as hinging on one's model for the Exodus, an event widely denied by modern scholars. Of many alternatives in the market there are three models which broadly speaking are positive about the historicity of the Bible's narrative of the exodus from Egypt and conquest of Canaan. Their proponents fit earlier biblical figures (e.g. the patriarchs) and later figures (e.g. the judges) in accordingly. The models are:

(a) the Israelites left Egypt and entered the promised land during the 13th century BC. This is confirmed by or allowed by the archaeological and historical evidence from this century.

(b) the Israelites left Egypt and entered the promised land during the 15th century BC (see 1 Kings 6:1). This is confirmed by or allowed by the archaeological and historical evidence from this century.

Position (a) is the position adopted by scholars including the British Egyptologist K.A. Kitchen and a large body of Israeli archaeologists.[3] Position (b) is the classic position of many Evangelical seminaries in the U.S.A. and is exemplified in the approach of Bryant Wood.[4] Position (c) is more recent and less well defined, but is that proposed by John Bimson, originally within a conventional Egyptian chronology[5] but more recently in conformity with the chronological revision of Peter James and others.[6]

In all historical questions care must be taken not to read too much into the OT text. The historical books of the OT are also literature with themes, emphases, and literary conventions. It is necessary, for instance, to understand the narrative import of the phrase 'the land had rest N years' (Judges 3:11, 3:30, etc.) before it is possible to seek a correlation between the text and externally recorded history.[8]

Most scholarship takes a developmental or evolutionary view of Israelite religion, that is, it seeks to derive OT religion from some earlier form of religion. Thus a scholar might see the exclusive worship of Yahweh as having developed from an earlier time when worship of other deities was allowed, or might seek to pinpoint the time at which belief in only one God developed. It is common also to believe that at a certain time Yahweh was held to have a female consort, Asherah, and that this belief was later dropped. However, the view that the biblical data must be seen as fitting somewhere on a scale of development is not necessary, and often stems from a view that biblical religion is explicable without recourse to divine revelation. Moreover, it is important to distinguish between the historically attested practices and beliefs of Israelites (which were often erroneous) and beliefs sanctioned in the OT.

In scholarship of the past couple of centuries it has been common to deny the literary unity of almost every book in the OT. Books have been said to have originated by complicated processes involving multiple authors or editors. This tendency is still strong, though it has weakened in some circles due to more recent literary approaches which have either argued for compositional unity or (more often) stressed the unknowability of literary stages prior to the text we have today. However, unifying literary approaches need to be used with care because sometimes their proponents are even more negative about the historicity of the Bible than those stressing the disunity of the text.[9]

In the prophetic books it is still the case that most scholars stress the existence of multiple layers in the text. This is partly a result of certain literary critical methods, but also results from the view that the contents or background of a prophetic saying make sufficiently clear when it originated, and that the titles of books, or headings of sections of books are unreliable guides to the historical setting of a saying. When this approach is combined with a scepticism towards or rejection of predictive prophecy, we find that prophetic oracles are often dated by scholars so as to be 'predictions' after the event (vaticinia ex eventu). Since in most cases such 'predictions' seem designed to be read as if they were written before the event, such a dating involves attributing deception to biblical writers. Some scholars believe, however, that they can avoid having to connect vaticinium ex eventu and deception.

The OT contains many elements that are foreign to us. It is remote in time, geography, and culture. It also contains accounts of laws and wars that contain values to which we cannot easily relate. There are too many principles involved for us to be able to cover them all. However, we can note a few:

Since OT law regularly seeks to inculcate spiritual principles, the NT's use of the OT to illustrate spiritual principles cannot be rejected out of hand. The NT in fact insists that the Messiah or Christ is a theme throughout the OT (Luke 24:25-27, 44-47). This seems to be a broader claim than that isolated prophetic passages speak about Christ. Such OT references to Christ should not be searched for in an undisciplined way, but should flow from the way the Bible interprets itself. The fact that the OT itself treats other parts of the OT as visual illustrations of spiritual principles surely legitimates this type of interpretation. The NT continues the OT's own self-interpretation. Thus when Paul cites Deuteronomy 25:4 'Do not muzzle an ox while it is treading out the grain' as illustrating the principle that Christian workers should be remunerated (1 Corinthians 9:9, 1 Timothy 5:18) he is not misapplying the OT text, but applying the OT according to its own principles, which valued a human more than an ox (therefore a rule of compassion for oxen should certainly apply to humans). Although NT use of the OT often has a bad reputation amongst scholars, the NT use can frequently be defended on the grounds that the OT itself sanctions a particular sort of interpretation.[11]

As shown by the Dead Sea Scrolls, Masada Scrolls, and many early translations of the OT into Greek or Aramaic, the consonantal Hebrew text of the OT has been handed down without change of content, and with spelling virtually unchanged from around AD 100 to the time of our earliest complete manuscript of the Hebrew OT in AD 1008. Textual debate therefore now centres around the nature of the text before the fall of Jerusalem to the Romans in AD 70. In a few books of the Bible (1 Samuel, Jeremiah) the Dead Sea Scrolls and Septuagint together show that more than one form of the biblical text was in some form of circulation. The book of Jeremiah is by far the most extreme case, with the Greek text of the Septuagint being about 6/7 of the length of the Hebrew Masoretic Text. It is clear from the contrast between casual and strict copying practices that some manuscripts had a more official status than others. We should not therefore too readily identify every ancient copy as an authoritative biblical text. In the case of Jeremiah, if, as seems likely, a shorter and longer version of the text did circulate in official copies, both could well have originated with Jeremiah himself. The longer edition, translated in our English Bibles, would represent the final edition of the author.[12]

The Christian OT canon consists of the same books as recognised by Jews in the Hebrew Bible, and modern English Bible translations are made basically from the Masoretic Text (the text-form historically used amongst the Jews since the destruction of Jerusalem in AD 70). The NT nowhere cites as authoritative any book from the Apocrypha (of which there is more than one definition), though there are allusions to the Apocrypha and citations of apocryphal works (e.g. 1 Enoch 1:9 in Jude 14-15),[13] as there are of pagan Greek authors (Aratus in Acts 17:28; Epimenides in Titus1:12). Some apocryphal books even deny that they are inspired (2 Maccabees 15:38 or the Prologue to Ecclesiasticus).[14]

[1] A wide-ranging set of essays that serves as a counterbalance to some of these negative approaches to OT history is V. Philips Long, David W. Baker and Gordon J. Wenham, eds., Windows into Old Testament History: Evidence, Argument, and the Crisis of 'Biblical Israel' (GrandRapids, MI: Eerdmans, 2002).

[2] The bullae of Gemariah and Azariah were found in official excavations and therefore in datable archaeological contexts. For more on seals and bullae see Hershel Shanks, 'Jeremiah's Scribe and Confidant Speaks from a Hoard of Clay Bullae', Biblical Archaeology Review 13/5 (September/October 1987) pp. 58-65, and ibid. 'Fingerprint of Jeremiah's Scribe', Biblical Archaeology Review 22/2 (March/April 1996) pp. 36-38.

[8] Discussion of the relationship between the text and history is found in V. Philips Long, The Art of Biblical History (Grand Rapids, MI: Zondervan, 1994).

[9] One book that seeks to balance literary and historical aspects of the text is Raymond B. Dillard and Tremper Longman III, An Introduction to the Old Testament (Leicester: Apollos, 1995).

[11] On the use of the OT within the NT see Walter C. Kaiser, Jr., The Uses of the Old Testament in the New (Chicago: Moody Press, 1985). On OT theology generally see Gerhard F. Hasel, Old Testament Theology: Basic Issues in the Current Debate (4th edn; Grand Rapids, MI: Eerdmans,1991).

[12] This idea is compatible with the conclusions of Andrew G. Shead in The Open Book and the Sealed Book: Jeremiah 32 in Its Hebrew and Greek Recensions (Journal for the Study of the Old Testament Supplement Series, 347; Sheffield: Sheffield Academic Press, 2002), p. 261.

[13] Jude's use of Enochic material is sometimes viewed as deliberately ironic given his polemic against Enochic doctrines.

[14] For questions of canon see Roger Beckwith, The Old Testament Canon of the New Testament church and Its Background in Early Judaism (Eerdmans: Grand Rapids, 1985) and Stephen Dempster, 'From Many Texts to One: The Formation of the Hebrew Bible' in P.M. Michele Daviau, John W. Wevers, and Michael Weigl, The World of the Aramaeans I: Biblical Studies in Honour of Paul-Eugene Dion (Sheffield: Sheffield Academic Press, 2001), 19-56. On the text of the OT as reflected in the NT see Karen H. Jobes and Moises Silva, Invitation to the Septuagint (Carlisle: Paternoster, 2000). 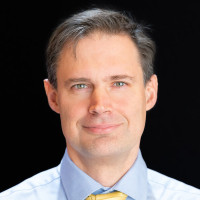 Peter Williams is Principal of Tyndale House, Cambridge; he was previously senior lecturer in New Testament at Aberdeen University.

View all resources by Peter Williams