Archaeology and the Hebrew Exodus

The Hebrew Exodus in Wider Context

Throughout the 3rd to 1st millennia BC inclusive (blessed with written literacy), the Ancient Near East was a very busy and culturally complex and substantially literate region, from Egypt and Nubia in the West to Mesopotamia and Iran in the East, and from Asia Minor in the North, deep into Arabia in the South.  With Syria, Canaan [& later Israel], Phoenicia, Aram and Transjordan's lands slap in the middle.  And with elaborate ancient cultures to match. Immense amounts of discoveries have been made at every level; but the yawning gaps in the data we need for a full picture are equally vast (often, vaster…).

This directly affects study of the Hebrew exodus from Egypt, overall and in particulars.  Some quarters of (would-be?) academia appear to be rather poorly-informed on the state-of-play in this subject-area.  Thus, warrior-pharaohs always report victories, but never defeats - any data on that have to come from the victorious opponent's record!  A 'draw' is glossed-over as a victory; so, Ramesses II's battle of Qadesh with the Hittites.  Thus, the successful escape of a good-sized body of rebellious slaves - such as our Hebrews under Moses - will not be found celebrated in any Egyptian official text!  Minor escapes get reported-back, but nobody celebrates, of course

So, there will never be found any official Egyptian record of the Exodus. Again, archaeology will never produce the humble dwellings of the Hebrews; once abandoned, the mud-brick hovels would soon fall back into the mud they came from.  There can be no archaeological remains of the Passover - the lamb - and kid-bones would have been simply thrown away, as the Hebrews departed; and, doubtless, scavenged by the local dogs.  In other words, the old adage applies with a vengeance: "absence of evidence does NOT prove to be evidence of absence".  Will some stupid people never learn??

However, there are also positive aspects to be noted. The Exodus set off from the city of Raamses, where the Hebrews had slaved (cf. Exodus 1:11;12:37). This place is well-known archaeologically and sets a date for the event.  Raamses (now, Khataana/Qantir) is (Pi)-Ramesse, the great new East-Delta capital  - its site (massively devastated) is 4 miles long by 2 miles wide! - founded brand-new by Ramesses II (reigned 1279-1213 BC) in his 1st year [1279], as his great Abydos text makes clear.  So, the Exodus could not precede that year at the very earliest, but was more likely to have occurred some years later.  It is NOT to be confused with the nearby town of Avaris  (Tell el-Daba'), across the E. Nile branch, to its south. In turn, Pithom (Ex. 1:11) was contemporary and fixed at Tell er-Retaba, some 20 miles south of Raamses.  And likewise Succoth (now Tell el-Maskhuta), directly south-east from Raamses on the route leading to the "Sea of Reeds" (at and N. of Lake Timsah -  NOT  the "Red Sea", as perversely kept in OT translations!!!) - and off towards W. Sinai, as the biblical text requires.  (Details, see my On the Reliability of the Old Testament , 2003, pp. 255ff., & figs. 27-28).

A very important point is that, by  c.  1100 BC, this E. branch of the Nile ceased to function, ending Pi-Ramesse's role of also being an inland port.  The city was then promptly abandoned, and masses of its stonework removed to help build a  new  port at Djanet (Tanis/Zoan), at the E. mouth of the main Nile.  Thus, from 1100 BC, a devastated Raamses was no more, and immediately fell into oblivion.  Thus, its name CANNOT have been only first known to Hebrew writers at some much later date, and inserted only late on into the Pentateuch (as occasionally suggested). It is genuinely and irremoveably 'early'.

As regards people on the move, doing their own 'exoduses', this is attested in the Mari archives (early 2nd millennium BC); and also in the Hittite records (15th century) when various Anatolian groups tried to exit the realm of Hatti - but the Hittite king rounded them up and brought them back under his rule! And other cases exist (see On the Reliability of the Old Testament, p. 254 & n. 17) So, there is nothing impossible for people-groups about 'doing a bunk' in antiquity!

At the heart of Exodus + Leviticus (and almost all of Deuteronomy) we have two exposés of a treaty-type covenant between Israel and its heavenly King, echoed also in Joshua 24.  The format and content of these three presentations is basically consistent (with minor variations).  From the ancient biblical world, between  c . 2800 BC and Julius Caesar (46 BC), we have from the Near East  over 100 examples  of such documents. Importantly, the format  varies  from age to age - and that of Ex-Lev., Deut. & Jos 24 is consistent in all 3 cases  exclusively  with the forms current within  c.  1350 to  c . 1180 BC,  and with no other period, earlier or later. In short, those three are contemporary with the dates of Moses and Joshua as now known, and neither earlier nor later.  Joshua merely followed Moses; so, the buck stops with him.  He was brought up at the Egyptian court, in which Ramesses II of Egypt made just such a treaty with Hattusil III, emperor of Hatti - which document is available to us in both versions, Egyptian and Hittite.  "Learned in all the wisdom of the Egyptians", was Moses, as Acts 7:22 so well puts it.  As a foreigner at court, he surely was put to serve in the Egyptian "foreign office" (yes, the ancient Egyptians actually had one, that early in history...!) There, he would be involved with treaties, laws, etc.  And it is shown off to perfection in Ex-Lev. and Deut. A colleague (Dr. PJN Lawrence) and I have presented a total corpus of all of this, in three massive volumes of Treaty, Law and Covenant ,  I-III, Wiesbaden: Harrassowitz, 2012, some 1700 pp. & colour-charts; see it in a library ! ).  A "621 BC" Deuteronomy is a total impossibility, on this run of  definitive  evidence; bluntly, the old-style critics have 'had their chips', and there is no going back to their fantasies ever again.

So much for Exodus-to-Deuteronomy at present. I warn against the fallacy of "negative evidence" at all periods, in most circumstances. (The "we never found it, so it never existed" syndrome.)  The imperfections of  survival of documentation of all kinds through three millennia throughout the Ancient Near East make this a very dodgy stance to adopt, except where we have clear alternatives to the phenomenon in mind.

In that context, beware of the spin "we've found no evidence, so nowt was there" attitude.  We have at present almost no "on the ground" camps left by Egyptian, Hittite, Assyrian, or Babylonian invasion-forces in the Levant.  No camps in transit, any more than for our Hebrews going from Egypt to Moab to Canaan.  We moderns cannot lay down arbitrary rules to judge 'historicity' anytime, on false criteria of our own choosing, for either the OT or Near-Eastern sources; it doesn't work.

More could be said, both for the Pentaeuch and the rest of the Old Testament; here, we pause; the Reliability volume (despite its limits) can provide still wider horizons.

If you would like a whole lot more detail on this subject, then get yourself a copy of Kenneth Kitchen's important book, On the Reliability of the Old Testament, Grand Rapids; Eerdmans (2003), covering all periods from Genesis to Nehemiah in some 600 pages and forty line-plates. 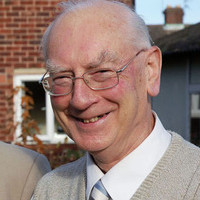 View all resources by Kenneth Kitchen