Rule of Faith: The place of tradition, creeds, and confessions in theological study.

What place does tradition, especially statements of faith like the creeds have when doing academic theology? Is there a place for a pre-existing faith that has definite content in honest theological study, or is the only humble position functional agnosticism?

Catch up on this event by listening to the audio above - or follow the outline below for a group discussion as a hub.

Part 1 - What is tradition?

The English noun “tradition” is derived from the Latin traditio. The Latin verb tradere has the following range of meaning: ‘to hand over’, ‘give up’, ‘deliver over’, ‘hand down as a kind of inheritance to posterity…an account of an event…to communicate in teaching’. The verb can also have the extended meaning of ‘to betray’ (Cassell’s Latin – English, English – Latin Dictionary, London: Macmillan, Inc., 1982).

The Greek noun for ‘tradition’ (noun: παράδοσις / paradosis and the verb: παραδίδωµι / paradidōmi) have the same basic range of meaning as the Latin: The Greek verb connotes the following: ‘to convey something in which one has a relatively strong personal interest, hand over, give over, deliver, entrust’; ‘to pass on to another what one knows, of oral or written tradition…teach’. The Greek verb can also mean ‘to betray’. which is an extension of ‘deliver over.’ We find this meaning of the verb in the Gospels and Paul in the sense of Jesus being ‘delivered over’ to death or ‘betrayed’ by Judas or ‘delivered up’ for our sins. The noun ‘tradition’ (παράδοσις / paradosis) is that which (i.e., the content such as the body of truth, etc.) is passed on or delivered over. See W. Bauer, F.W. Danker, W.F. Arndt and F.W. Gingrich, A Greek-English Lexicon of the New Testament and Other Christian Literature, revised & edited by F.W. Danker. Chicago/London: University of Chicago Press, 2000.

The verb ‘receive’ (παραλαµβάνω / paralambanō) is often used in the New Testament (and by itself) to mean ‘the formal receiving of tradition(s) that have been passed on’.

Tradition is both a body of "collective wisdom esteemed by the people of God" and the dynamic, ever-present stretching from Scripture to the present of content and practices of faith being kept alive and passed on by and to new generations. (McFarlane, p102)

"Tradition" includes so many things - ideas, practices, doctrine, ways of doing things. Written, verbal, enacted, unspoken rules, etc. These range from the normative and global (The Great Tradition, Scripture even), to the very local, specific and optional (what your family do on Christmas day, cultural norms).

In what ways might your church (or non-church) background shape your approach to theology (any key distinctives that affect you)?

What cultural ‘traditions’ (things that are ‘in the air’) do you think are likely to shape the way you approach things like meaning, God, the supernatural/miraculous, etc. that might affect your approach to theology?

What academic traditions (think 'schools of thought') can you identify that will put pressure on you to shape your academic engagement with the bible and things of faith?

There is resistance to tradition in different ways in both the church and the academy.

The evangelical desire to read the bible for itself and on its own terms can often place a high stress on the 'common sense' of the bible. This has the unfortunate effect of breeding suspicion about any aids in understanding Scripture that appear external to the text, including tradition.

In the academy there is a simlar focus on the bible 'in-its-own-right' with a differing emphasis. 'Objective' scholarship is often characterised as functionally agnostic when it comes to the question of God and faith. Faith commitments must be set aside to do real biblical scholarship, such that the traditions, creeds, and historical readings of the chruch that have trinitarian faith at their core are considered hinderances to understanding the bible.

Discuss where you have seen or felt that tension between coming to the bible with existing ideas about God and wanting to read Scripture for what it says.

Do you feel able to build on historical faith in the academy or do you feel like you’re encouraged to read the bible as though they are the first to ever have done so? Are there other pressures against reading the bible ‘Christianly’?

What ‘traditions’ can you see shaping the academic reading you’re encouraged towards? (SBL, postmodernism, the ‘assured results of higher criticism’)

Read the Nicene Creed and the Doctrinal Basis together. (Downloadable handout)

Can you see how the contents of statements ranging from the Nicene Creed to the Doctrinal Basis emerge out of reading and reflecting on Scripture with faith in God at heart?

Look at the Nicene Creed and the Doctrinal Basis. Where do these statements provide a helpful foundation for approaching Scripture and theology? Where is there space for creative, constructive theology within those bounds that they provide? 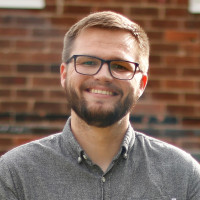