The theology student’s danger on Sunday

Every Sunday in the wonderful church of which I’m a member there’s a danger I face at the moment in the service when the preacher stands up to preach. Monday to Friday I’m employed to teach biblical interpretation and preaching at a college that trains people for Christian ministry. Most weeks I give feedback to three students on sermons of theirs that I’ve heard. So, when the Sunday preacher stands up to preach to the gathering I’m part of, the danger I face is that I could listen more as an analytical critic and less as a spiritually needy person who needs to be fed by the Lord from his word.

Any student of biblical studies and theology can face the same danger. They may hear a sermon that by any reasonable measure is excellent in its biblical interpretation, use of doctrine, and power of application, but they’re left disappointed, and perhaps feeling a little superior to the preacher, because the preacher seemed not to know about some new area of research that’s shedding a different light on that passage.

Or perhaps they hear a sermon in which the exegesis is less skilful: while the message is certainly true and probably to be found somewhere in the Bible passage, it seems to the student that the passage hasn’t been handled with much sharpness. In this case the feelings of disappointment and sense of superiority over the preacher may be deeper - was it really worth coming to church to hear exegesis as sloppy and lacking insight as this? And that is only compounded if the student thinks that actually the preacher has really mishandled their passage, torturing it to make it mean what they say it means, even if their message is still biblically orthodox.

How to listen well

Assuming that the sermons we hear have a biblically orthodox message, how do we listen well to preaching, choosing not to indulge ourselves in disappointment and feelings of superiority? I have three suggestions and a final simple tip to offer.

Listening well involves remembering what biblical interpretation is actually for.

Augustine offers excellent guidance here. Anyone who’s interpreting the Scriptures, he says, ‘but cannot by his understanding build up this double love of God and neighbour, has not yet succeeded in understanding them. Anyone who derives from them an idea which is useful for supporting this love but fails to say what the writer demonstrably meant in the passage has not made a fatal error, and is certainly not a liar.’[1]

We hear a sermon whose message really can build us up in love of God and neighbour if we listen wholeheartedly, but the exegesis was not skilful. Did the preacher make errors? Sure, says Augustine. Could the preacher have done better? Sure, says Augustine. But, he adds, the errors were not ‘fatal’. The Lord can still feed people through the message, because it’s a truthful message. The Lord can still use this sermon to grow people in love of God and neighbour, because the sermon is aiming for the very same thing that God has given us Scripture for.

Listening well also involves remembering what preaching is actually for.

The theologian Ryan McGraw summarises well some central themes on this point in historic Protestant theology. Of preaching he says: ‘preaching is the public, authoritative proclamation of the gospel through ordained ambassadors of Christ.’ And therefore of hearers of sermons he says: ‘We must receive Christ by faith through preaching as he presents himself to us through his ambassadors.’[2]

How does this help the student who faces the danger of disappointment and feelings of superiority towards the preacher? It reminds us that our primary intentional stance towards the sermon ought not be, ‘what Bible or theology are we being taught here?’, but instead ‘what is Christ saying to us and doing in us, as he presents his gospel and himself to us through this sermon?’ With this as our primary intentional stance, a sermon which in the classroom we might critique in a number of ways becomes a means of rich spiritual refreshment in Christ for us.

Third, listening well involves humbly accepting the means by which God has chosen to feed us spiritually.

Here is one of my very favourite quotes from John Calvin. He’s answering the question, why does God choose to deliver his word to us through preachers, with all their failings? He says: ‘this is the best and most useful exercise in humility, when he accustoms us to obey his Word, even though it be preached through men like us and sometimes even by those of lower worth than we.’[3]

I find this hugely challenging and humbling. As I listen to a sermon the thought may creep into my mind that I reckon I’m a more skilful interpreter of the Bible, a more sophisticated theologian, than this preacher. Even if I’m right about that (and of course often I’m wrong), in that moment the Lord is testing my humility: will I be humble enough to receive the gospel from someone who is in some way ‘lower’ than me?

That is a fundamental test of the basic orientation of my heart before the Lord. And it’s a test that the Lord has been performing from the very first. He ordained that his incarnate Son would grow up in lowly Nazareth in Galilee, and some people could not accept that the Messiah could come from such an ordinary place (John 1:46). He ordained that his incarnate Son’s life would end with the brutal public humiliation of crucifixion, and some people could not stomach following a Messiah who was subject to that (Matthew 27:39-43).

In a smaller way, maybe, but certainly in a similar way, my willingness to follow a Messiah like this and to be happy to be identified with him is being tested and refined every time Christ truly presents himself to me in a sermon that, in a different setting, I might critique for some of its imperfections.

So, one last simple tip. After every sermon that has commended to you something true about the Lord Jesus, discipline yourself so that your first ten thoughts and your first ten comments are not critiques, but expressions of glad and humble acceptance of the true and life-giving message that has been faithfully delivered to you. 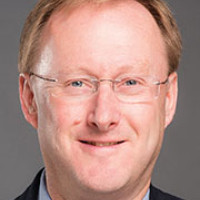 Tim is Lecturer in Hermeneutics and Word Ministry at Oak Hill College, London

View all resources by Tim Ward